Beta-Alanine in a non-essential amino acid that from the very first dose gives you an intense vasodilatation experience, because Beta-Alanine increases carnosine. Carnosine is a powerful precursor in generating nitric oxide synthase (a group of enzymes necessary for making the powerful vasodilator nitric oxide) and is extremely effective in neutralizing hydrogen ions and decreasing accumulation of lactic acid produced during strenuous exercise, thus helping to maintain muscular ph.

Vitamin C is involved in the synthesis of collagen and carnitine; carnitine transports the fatty acids into the mitochondria for energy production. Vitamin C also protects the muscles and cells against oxidative damage and increases the absorption and utilization of iron. Supplementation with vitamin C for a long time can bring benefits in terms of pain relief and recovery of muscle injury.

Vitamin B12 helps in the formation of red blood cells by transporting the necessary nutrients to the muscles, aids in metabolism of amino acids, tissue renewal and the proper functioning of the nervous system.

Creatine Monohydrate has proven to be a superior creatine with its physicochemical properties. It appears to be that this form of creatine has addressed all the limitations of creatine by substantially enhancing the 3 pillars of bioavailability: 1) Solubility 2) Stability and 3) Dissolution.

Citrulline malate is an amino acid built in a salt structure to provide stability in the body. Several studies have shown that Citrulline increases the amount of arginine in the blood and increases the production of nitric oxide that leads to improved blood flow to muscles and resulting in longer workouts, better recovery and less muscle pain.

L-Arginine Alpha-Ketoglutarate (AKG) is a precursor of Nitric Oxide (NO). NO is a vasodilator, which means that more blood is pumped into the muscle leading to a better nutrient delivery, oxygen and good elimination of waste. This increased blood flow promotes protein synthesis and increased muscle mass. Arginine is also involved in the production of creatine.

Acetyl L-Tyrosine N (NALT) is an acetylated derivative of tyrosine amino acid, one of the 20 non-essential amino acids used by the cells to synthesize proteins. Due to the acetylation, it is said that NALT is more rapidly absorbed and bioavailable than L-tyrosine, which means that it can be more effective.

Coffee arabica. Coffee is one of the most common psychoactive beverages in the world. Caffeine works by stimulating the central nervous system (mental alertness), heart, and muscles. It also helps maintain a healthy weight loss.

Niacinamide is a type of vitamin B (Vitamin B3). Vitamin B3 is an essential vitamin needed for protein, carbohydrate and fat metabolism. These vitamins are essential precursor for the synthesis of the coenzymes NAD and NADP, which are involved in numerous metabolic reactions. It furthermore helps to burn carbohydrates and fat.

Schisandra Sinensis is an herb component that increases physical working capacity and boosts energy levels while suppressing fatigue. It may also increase sexual stamina, increase the capacity of muscles to perform work and lower levels of harmful hormones such as cortisol.

Glucuronolactone is a major constituent of energy drinks, and is a popular component in strength enhancing supplements. It helps to boost energy (fight fatigue and provide a sense of well-being) and detoxify the body of impurities. It has been shown to protect glycogen storage and a significant improvement has been discovered in aerobic performance.

Choline Bitartrate is a supplement for the brain because it is a precursor to acetylcholine, that helps control and support the function of memory, cognitive processes and muscle control. The body can produce choline bitartrate, but not enough to satisfy the body’s need for this powerful substance. 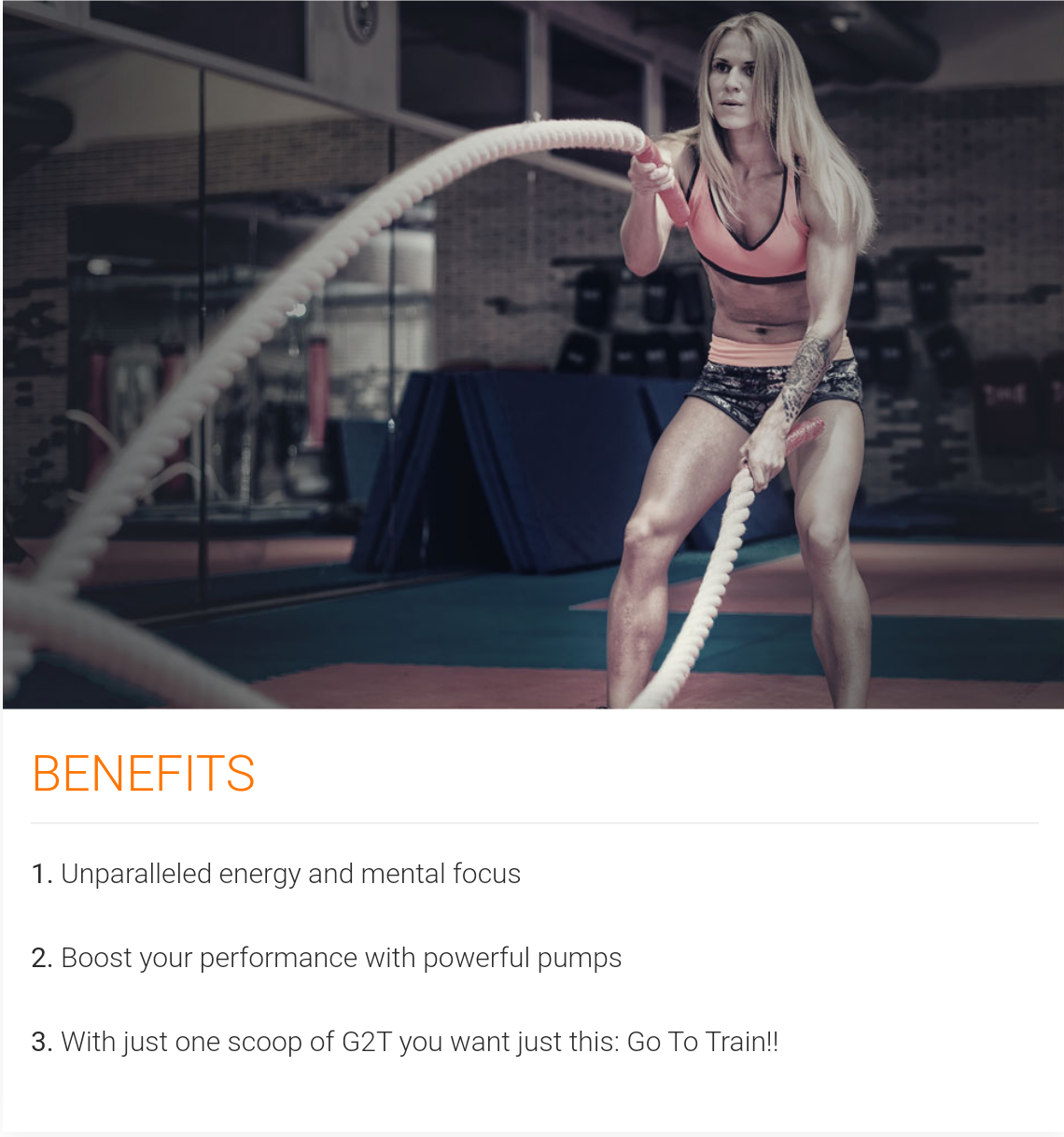 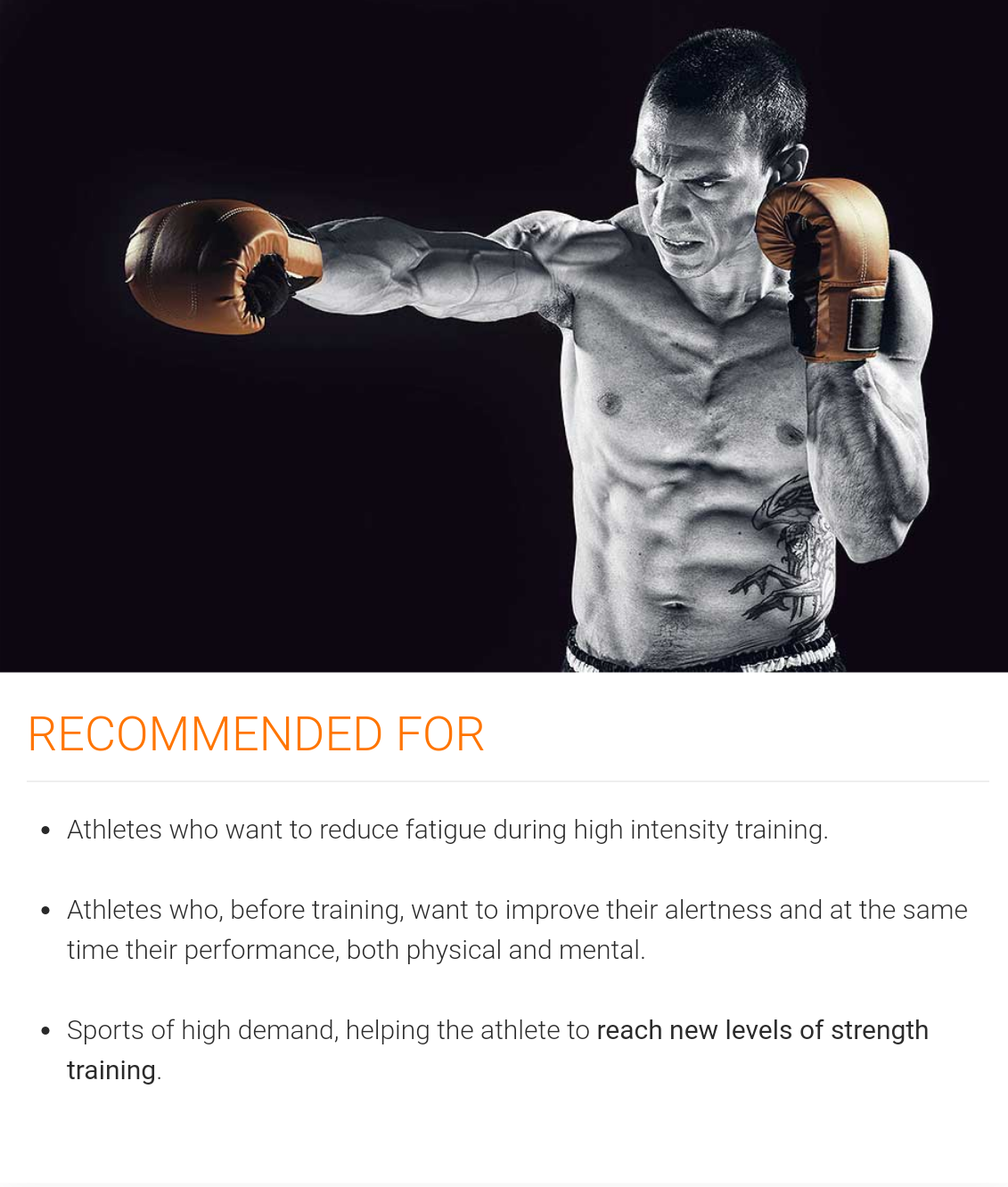